HyperAllergic: How Women Artists Were Marginalized in the Blockchain Discourse

These women artists have been developing the creative possibilities within blockchain technology since the beginning.

The recent discourse around blockchain art retains a bias towards the stereotype of the white male engineer whose work is treated as apolitical and ahistorical. Recognizing the easy depoliticization of a set of aesthetics increasingly associated with blockchain, some curators and artists are addressing this bias. What works get discussed, how and why, contributes to the developing narrative around digital art in the popular imagination.

The early auctions of Spring 2021 didn’t focus on women, unfortunate given its reiterating a misunderstanding of women and tech. Women and female-identifying artists (across the article when I say women, I mean both) have been part of experimenting and developing the creative possibilities within blockchain technology since the beginning: Rhea Myers’s conceptually dense and ironic works from 2014 onwards; Primavera de Fillippi’s “Plantoid” (2015); Sarah Meyohas’s “Bitchcoin” (2017); Sarah Friend’s “ClickMine” (2018); Anna Ridler’s “Mosaic Virus” (2018) and “Bloemenveiling” (2019), among others.

Recent, curated blockchain art exhibitions have diversified artists being represented, many of whom engage and/or critique the technology: Nancy Baker-Cahill’s “Contract Killers” (2021), Danielle Braithwhite-Shirley’s “Terms and Conditions” (2021), Carla Gannis’s “Peep-o-rama” (2021), Claudia Hart’s “Kiki.object” (2021), Auriea Harvey’s “Stygian Hand” (2021), Anne Spalter’s “InfraredNFT” (2021)” , Alice Yuan Zhang’s “Autophagy” (2021), among a slew of others. In particular, I want to address three artists outside the more established art worlds (odd to say, given the general marginalization of digital art). If money drives the blockchain conversation, then these three women should compel the discourse, but they haven’t. Sidelining them misses once again opportunities to reimagine art and technology spaces.

Josie Bellini’s work was the blockbuster sale at Christie’s first NFT show Proof of Sovereignty curated by Lady PheOnix. For it, Bellini minted an earlier viral work, “Genesis” (2017), which shows a woman wearing a bull and bear mask. As a NFT it went viral again: for a realized price of $400,000 –– 10 times the prices garnered by the arguably more famous Jenny Holzer and six times more than Nam Jun Paik, both in the sale too. I realize $400k isn’t $69 million (Beeple’s NFT hammer price) but it is considerably more than others in this auction and notable for an artist who had not previously sold within such an established art context.

Bellini studied finance, worked at an asset management firm, invested in cryptocurrencies early on, and eventually left the finance world to study coding and begin producing digital works for various start-ups in the blockchain realm. Her work “tells the story of the crypto ecosystem,” as she describes on her website. For those who hailed the pop/graffiti aesthetic of the crypto scene, her work includes a wry feminist edge and more layers than much that has been celebrated. If the crypto whales can be interested in work like this, then perhaps they are more willing than their Wall Street brethren to respect and cultivate feminist figures … a speculation on which I am not placing bets, yet.

Itzel Yard, also known as ixshells, produced a work in support of the Tor Project, garnering the highest price for a woman within the blockchain space. “Dreaming at Dusk” (2021) sold for 500ETH (~two million dollars at the time of auction, May 14), an important sale for a great organization that got surprisingly little attention. These are the moments that have me questioning what art, aesthetics, politics are being recorded for posterity. Sticking with finance, this price puts her on par with an established artist like Elizabeth Peyton. The high end for women is around seven million, apparent in artists like Cecily Brown and Cindy Sherman (far less than men). Though artists using blockchain have more divergent prices within their oeuvre than those selling in more traditional pathways, that a blockchain-based sale is comparable is remarkable.

Yard’s work in the Christie’s sale went for less than “Dreaming at Dusk,” but was in the range of her other work on the invitation-based platform, Foundation. She, like Bellini, is a self-taught artist, outside of the mainstream art world who is gaining traction. Based in Panama, she is a co-founder of Creative Code Art, a community of artists focused on generative art. One notable feature of artists using blockchain is their interest in buying art with the funds they receive, and Yard is no exception. This community-oriented attitude is reminiscent of early feminist practices and  worth celebrating, regardless of the artist’s gender identity.

Serwah Attafuah, Creation of My Metaverse (Between this World and the Next) alongside ‘Venus with Cupid stealing honey’ (2021) © Courtesy of the artist.

Serwah Attafuah had commissions by major brands, but hadn’t looked to the gallery world until she found herself at the centre of the global NFT conversation, according to curator Wade Wallerstein who invited her to join the show Pieces of Me. When she joined Foundation, she sold her first piece “Consensual Hallucinations” (2021) for 10 ETH (~$27k at the time), significant for an artist’s first sale. Though Foundation gets chastised for their energy consumption and invitation-only practices, a spokesperson shared that seven out of their top-25-selling artists are women, including Itzel Yard. Why not more? Collectors need encouragement to notice, appreciate, and buy the works of women. The organization, Women of Crypto Art aims to shift that, and others urge the same, but sales indicate more is still needed.

The marginalization of certain aesthetics often comes from the discomfort of confronting the lived experience of “othered” artists. When blockchain narratives don’t celebrate women, they reiterate that marginalization. Some argue that to examine women separately is to marginalize them, but sidelined as they remain, I emphasize their presence to alter the record. Many of the women mentioned in this article represent a globally diverse population, with works about their communities and their politics. Sara Ludy used blockchain’s potential to develop new contract practices with her gallery. Claudia Hart imagined how feminism could influence the disruptive practices of blockchain in her Feminist Manifesta. Gender bias exists within the tech industry, but also the viability of aesthetics associated with technology. Technology can’t solve social ills, but we can begin to rectify those problems by being deliberate in how we adopt, design, and engage with technologies and the aesthetics they promote.

Editor’s Note: The paraphrase of a quotation attributed to Wade Wallerstein has, subsequent to this article being published, been edited to more clearly reflect his thoughts on the artist Serwah Attafuah. 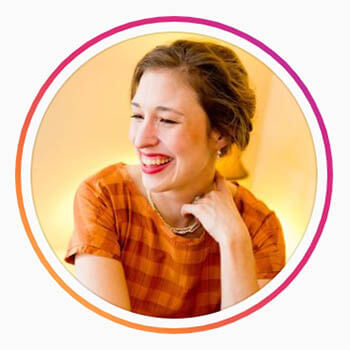 © Courtesy of the writer and editor.

Charlotte Kent, PhD is an assistant professor of visual culture in the Department of Art and Design at Montclair State University and an arts writer.