Palestinian voices in the arts

How do Palestinians express their identity and explore connections to their homeland through art?

‘More than four million Palestinians live in the West Bank, Gaza, and East Jerusalem, where the political situation regularly intrudes upon the most mundane of moments. Movement is circumscribed and the threat of violence often hangs overhead. This creates the strongest of desires for the smallest of pleasures and a sharp sense of humour about the absurdities that a 47-year occupation has produced”.  Says Jordanian born artist Tania Habjouqa on her website about her project Occupied Pleasures, a photographic series that presents a nuanced, multi-dimensional portrayal of humanity’s ability to find pleasure even in the most challenging situations.

Habjouqa’s work focuses on gender, identity, and socio-political issues in the Middle East. Using mainly film and photography she combines subtlety, beauty and joy as well as complex and often sombre stories.

In the series Jerusalem in Heels, Habjouqa explores the drag scene where Palestinian and Israeli queens used to dance, party and perform together in a small bar called Shushan. The collection highlights the power of performance and advocates that Palestinians and Israelis could be allies against a normative society. 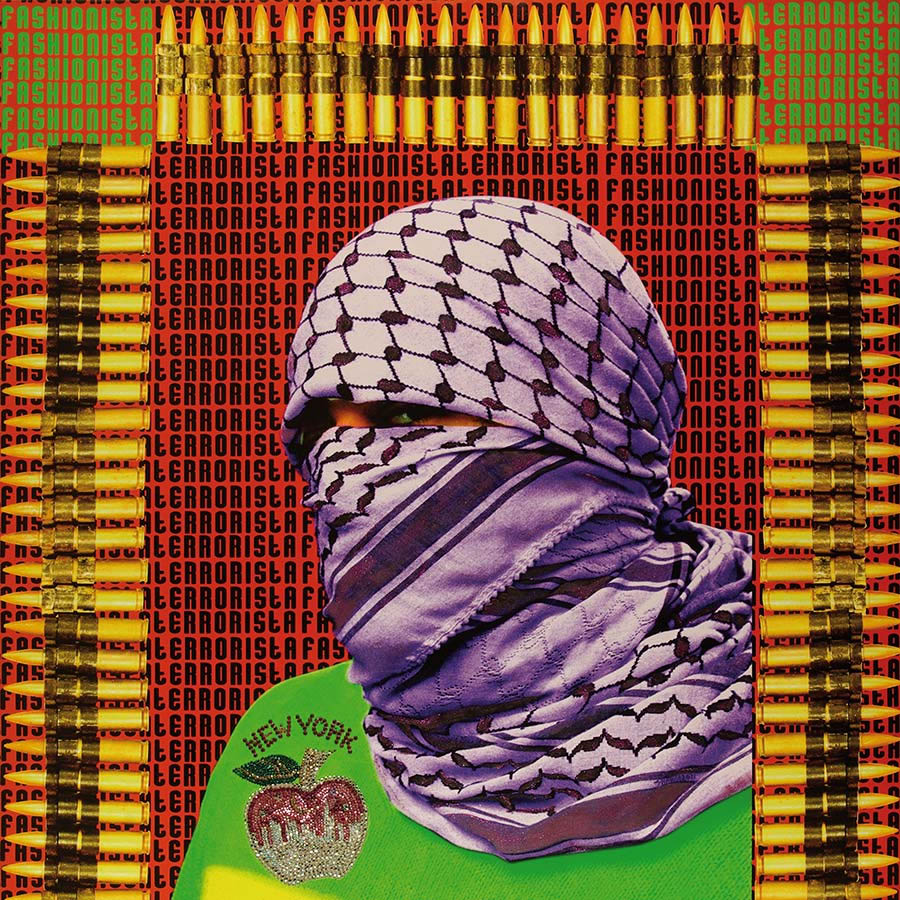 Following the steps of Karima Abboud who is considered as one of the Arab world’s first female photographers (1893-1940) and other pioneers such as Laila Shawa, Habjouqa offers a different perspective to the lives of Palestinians bringing love, humour, sex and performance, which adds dimension and complexity to the representation of people’s lives.

The dominant portrait of Palestine depicted in the media is a frightening and one-dimensional vision focusing on extremism and war. Art and creative communities provide an alternative and interesting angle, often going hand in hand with activism. Indeed, the act of creating and existing can be seen as an act of subversion and rebellion in itself.

Larissa Sansour is an artist working mainly with video, photography and installation art. She was born in East Jerusalem and studied Fine Art in Copenhagen, London and New York.

Her work combines dystopian stories of haunted memories, heritage and nostalgia. It offers new possibilities of storytelling when reality sometimes is more inconceivable than science fiction. “Political dialogue has indeed reached an impasse. It’s important to find a different way of addressing things because our vocabulary has reached its limits. We need to find different ways of talking about things” says Sansour in an interview for Studio International.

In A Space Exodus Sanssour acts as an astronaut on an intergalactic journey through the universe. “Jerusalem we have a problem” Sanssour in her film became the first Palestinian in space. She reenacts planting the flag on the moon and adapts Amstrong’s moon landing phrase and as a small step for a Palestinian, a giant leap for mankind”.

The piece references the music of Kubric’s 2001 Space Odyssey music with an Arab twist to create a thought-provoking, fun and strong video that questions what nationalism means for Palestinians. By being the first female Palestinian astronaut and claiming territory on the moon, Sanssour plants a flag to question the idea of land-owning as well as introducing the idea of self-determination. 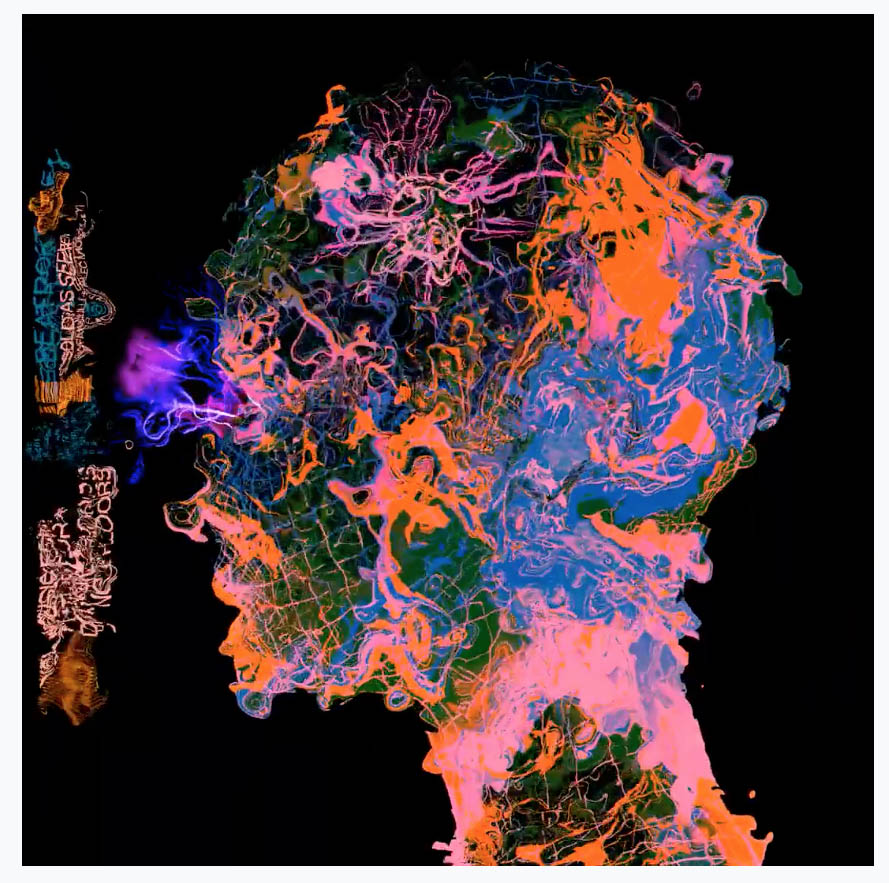 It is through electronic music that Sama Abdulhadi is breaking conventions and offering new visions of Palestinian Youth. Abdulhadi has contributed hugely to building the techno music scene in Ramallah and has enjoyed an international recognition and following after the successful live streams of the parties she organised, especially after the collaboration with the internationally renowned music platform Boiler Room.

With moving bodies transcending their condition, taking shapes at night and bringing life to desolate places, electronic music was at its roots a radical act of resilience. Abdulhadi has become a symbol reaffirming Palestinian cultural identity. She has recently produced her first NFT with Beatport (becoming the first digital music retailer to accept Bitcoin). It’s also the first-ever audio-visual NFT compilation, in which her work is paired with visual art created by Berlin-based Leif Podhajsky. 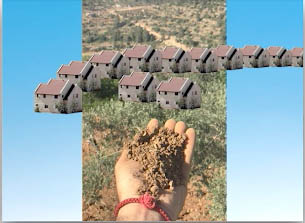 The multidisciplinary artist Khaled Jarrar works with photographs, videos, installations, films, and performances that are focused on his native Palestine. Over the last decade, Jarrar has used the subject of Palestine, particularly the Israeli occupation of the West Bank.

In his latest piece, as a sign of protest against settlers and occupation, the Palestinian artist offers Ramallah Soil as NFT in his piece If I don’t steal your home someone else will steal it 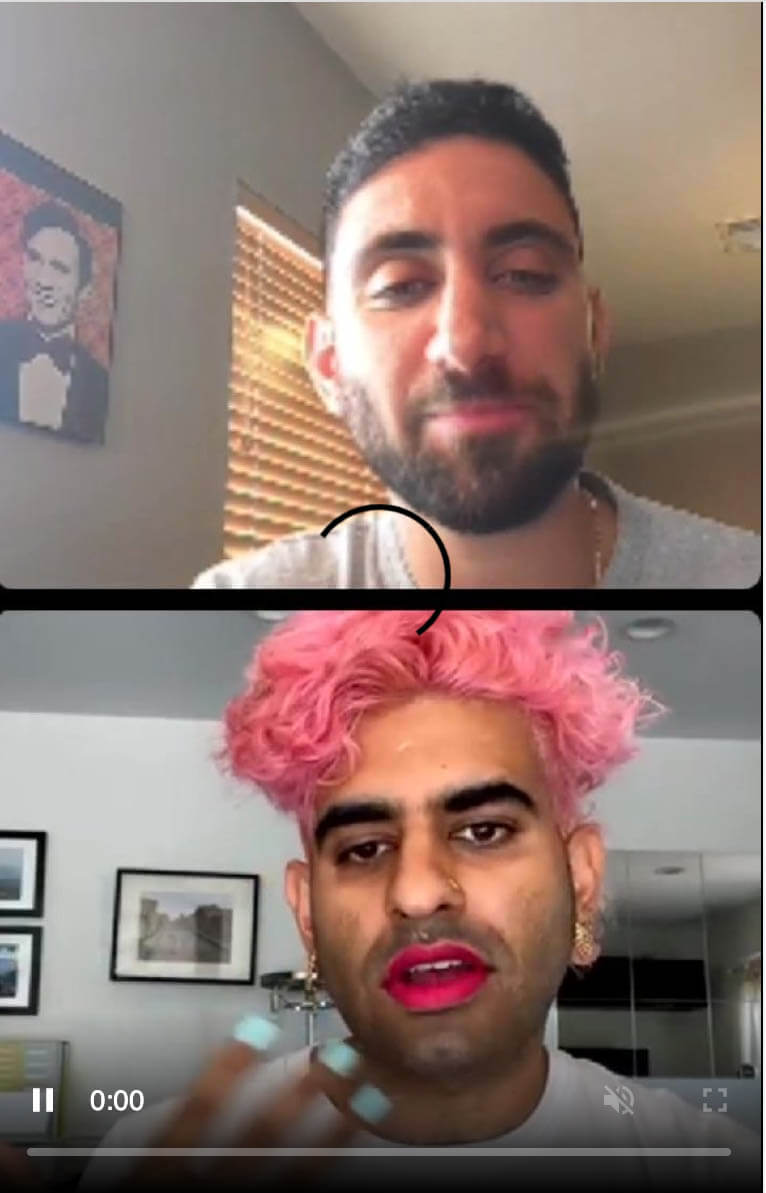 During an interview via the resource website for Sexual and Gender Diversity in Palestinian Society, Alqaws_org, the Palestinian musician (also an architect and researcher) Haya Zaatry, talked about the increasing presence of queer and feminist movements protesting in the streets of Ramallah and using Instagram to get their voices heard. The Internet became a borderless space reminding us of the uprising of the Arabic spring in north African and Egypt where Twitter and Facebook played a pivotal point.

In the talk (that you can watch here), artists and activists explore the intersectionality of the Palestinian fight for self-determination echoing the one for queer liberation.

The faith of oppressed communities being Palestinian, indigenous, trans and gender non-conformation are related and come from the similar forms of oppression of capitalist, patriarchal, colonial and white supremacist – they are different manifestations of oppression.

@bayandahdah,  © Courtesy of the artist.

Other amazing voices have spoken up as well, allowing us to discover their work such as designer Bayan Dahdah creating multimedia scrapbooks on their Instagrame Laila.

When other modes of language are inadequate, Palestinian artists are making their voices heard through artworks, music, parties, poetry or performances – revealing silenced truths as well as humour, sarcasm, hedonism, pleasures and joy.

Their work highlights the importance of telling their own story, with their voices and the queer artists profiled above demonstrate how the fight for freedom is intersectional.