The Spirit of the Salon Lives On In Melbourne – Digitally

In the age of hype and overexposure, can scrolling (or trawling) through Insta-art compare to the bustling exhibitions of 17th century Paris? The second National Gallery of Victoria (NGV) Triennial invites you to explore art history through new media art.

A post shared by National Gallery of Victoria (@ngvmelbourne)

Stepping into the grey atrium of the National Gallery of Victoria for the 2020 Triennial, visitors are welcomed by Turkish new media artist Refik Anadol’s Quantum Memories. The monolithic white canvas looms in front of a mass of visitors. Using a dataset of over two hundred million images, the AI-driven work is a wonder to behold. With necks craning up and gasps of awe washing around the room, the crowd around Quantum Memories evokes those formed by exhibition-goes of centuries past at the Salon at the Académie des Beaux-Arts.

Parisians of the 17th to 19th centuries flooded the Salon to peruse floor-to-ceiling hangs which allowed for hundreds of pieces to be shown at once, in an overwhelming display that came to be known as the “Salon hang”. Prior to the invention of cinema (the millions of publicly available images Anadol pulls from the internet), the Salon (and the Summer Exhibition at the Royal Academy in London) were the primary means of making visual culture available to the masses. These annual or biannual events could make or break careers and were lightning rods for art world drama. In one infamous incident at the 1832 Summer Exhibition, Constable said of fellow English painter JWM Turner, “He has been here and fired a gun.”

In capturing the spirit of the Salon, the National Gallery of Victoria has gone further than merely wow-ing visitors to the Triennial with works such as Quantum Memories. Under the leadership of Creative Director Benjamin Ducroz, the NGV’s Salon Gallery (which holds 140 paintings and a dozen sculptures) was transformed into an immersive light and sound installation named Salon et Lumière.  In an installation in NGV’s the Salon Gallery of the National Gallery of Victoria, Melbourne. Using new media art, Salon et Lumière evokes the same excitement visitors to the Salon once felt when presented with the year’s artistic offerings en masse. In fits and starts, pieces are alternately lit and plunged into darkness – the works illuminated at any one time centre on a narrative or theme: Love and loss, clouds and the colour pink come into focus. The works jostle for our attention. Sitting on one of the benches that run down the centre of the Gallery, the viewer has to look around wildly to grasp why the works have been chosen for their moment in the light. Completely absorbed by the stratospheric sounds and bewildering array of works on display, you’d be forgiven for thinking you’d been whipped into some kind of cross-time fusion of the Sir Joshua Reynolds’ Royal Academy and an overstimulating futuristic cosmos.

Although Salon et Lumière is the most pointed attempt by the NGV to use digital art to bring a touch of the Royal Academy to Melbourne, it isn’t the only one. Another new media piece on display at the Triennial using technology to engage with art history is Matt Copson’s Death, again (2019). The work is a laser animation inspired by Hans Holbein’s The Ambassadors (1533), which features a distorted skull that comes into focus when viewed at the correct angle. The inclusion of this symbol of death is an incidence of vanitas, a reminder of our mortality in Dutch still-life painting of the Renaissance. Copson uses a mechanical projector that refracts a highly concentrated beam with mirrors to project the skull onto the bluestone wall of the NGV. The skull flickers and warps in and out of shape, drifting from amorphous abstraction to recognisability. Although continuing the tradition of vanitas paintings, Copson doesn’t dwell on the past – through his use of technology more familiar to nightclub lovers, he encourages us to reflect on what remains constant for humankind over time. 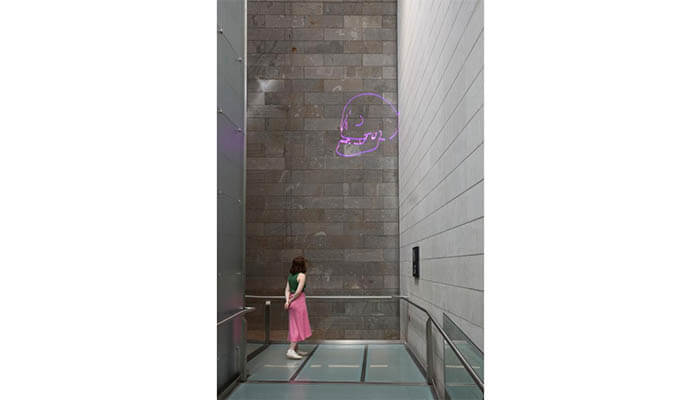 Despite sporadic covid-19 outbreaks over the Summer, the second NGV Triennial has (for the most part) stayed open, where other international exhibitions have been stopped in their tracks. Early in 2020, the Sydney Biennale was forced to move online due to covid-19 restrictions in Australia. The pandemic has changed (at least for now) how the international community comes together to view and discuss art. After all, while the NGV Triennial has been enjoyed by Aussie locals, it is unlikely to reach the massive 1.3 million attendees experienced by the inaugural Triennial in 2017. Despite the challenges art lovers currently face in experiencing art, Salon et Lumière and the other new media artworks on display at this year’s Triennial remind us that humanity’s love of art and our drive to share it, is a steady force in society. Clamorous crowds may be stymied by covid-19 restrictions but you can share in the sense of wonder in Salon et Lumière online. Will you join us and live the spirit of Constable and Turner in 2021? 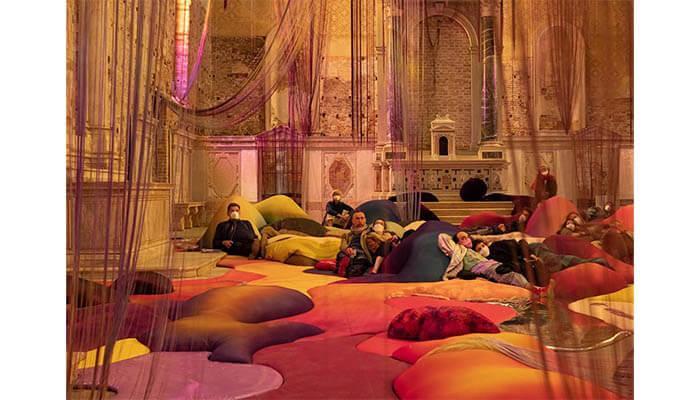