Make it Glitch, Baby! Why Womxn Have a Competitive Edge in New Media?

From glitch to gold: making ‘errors’ is no longer a fault, it’s a force. Discover why womxn have the power to shape New Media for the better.

“I think, therefore I am”, once said a man who thought his dog was a machine. Descartes, one of  *the*  revolutionary philosophers of the West and the man responsible for making us doubt everything and implore to demons, was convinced that animals were but bête mecaniques, beasts without sentiment or soul. Legend has it that he pinned his girlfriend’s pet dog and dissected it – alive – to prove that it couldn’t feel. Yikes! Rumour also has it that when his daughter died, he constructed an automaton in her likeness. Were women closer to robots, performing menial tasks as instructed, following the ‘natural order’ of power? Descartes asked, ‘Who has a soul and who is, for better or for worse, just a body, a mere assemblage of parts, cogs in a machine?’

Today, whilst our desire to turn the living into machines clearly hasn’t changed, our understanding of the dualism between our body/mind and the world that surrounds us has very much changed. The I who speaks IRL and the me who tweets ‘AFK’ aren’t separate. They are faces of the same screen. If Descartes’ ‘glitch’ manifested itself as a separation between mind and body, then today’s digitised ‘glitch’ is nothing but Charon 2.0 spinning his wheel of death across the internet’s stream of ever-flowing information that now unites the world of the living and that of the streaming. In other words, in this New Media landscape, we’re here, but we’re also there. ‘How could it possibly be?’, I hear the sceptic ask. ‘Surely, there’s a mistake’, I see the redditors type. Let me present to you the case for the ‘glitch’: the mistake, the error, Descartes’ demon, the doubt, that which presents itself as an imperfection on our digital screens and as the vindication of our body’s rights against the tyranny of the binary, whether biological or digital. 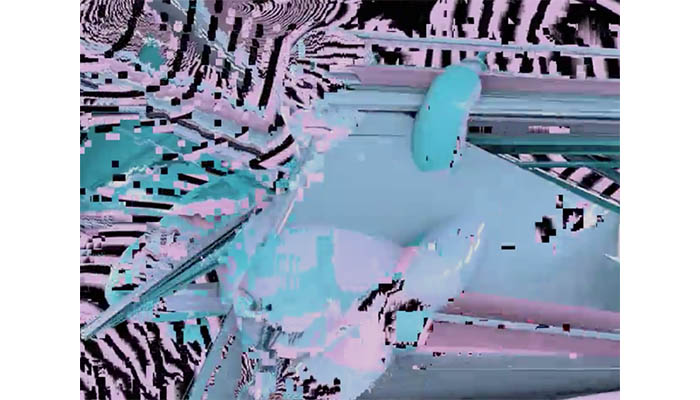 Dawnia Carney aka Letsglitchit, still from What Happens Next Will Shock You!, (2018) © Courtesy of the artist.

Let’s start examining another early philosopher, Aristotle. Aristotle, back in the 4th century BC, wrote of women as “quasimas laesus”, another way of saying “botched men”. Yep. Women, by definition, are creations gone wrong. Glitches in nature. Freaks. God’s blind eye. Enter your go-to adjective. Things don’t get better for women in the 13th century AD either, here’s Aquinas taking centre stage: “It seems that women ought not to have been produced in the original production of things”. They still don’t get better in the 20th, here’s Weininger telling us “in such a being as the absolute female there are no logical or ethical phenomena, and therefore, the grounds for the assumption of a soul is absent”. So, not only are we botched men, errors in God’s creation, but we are also, more automata than human. Yep. Ladies and non-gentlemen, we are the textbook definition of a glitch.

A glitch, courtesy of Gifer © Courtesy of the artist.

a small problem or fault that prevents something from being successful or working as well as it should:

“The system has been plagued with glitches ever since its launch.”

So let’s recap. Non-males, meaning women, transwomen, intersex and agender people all fall under the category of the glitch. Yet, whilst some might work hard to remove and disassociate the word ‘error’ from us self-defining non-males, others take it on as their battle horse and twist it, glitch it even further, expose it for what it truly is: a revelation. Let’s leave philosophers behind for just a moment, and focus on cartoon characters. More specifically, Vanellope Von Scweetz, the Candy Crush character from Disney’s Wreck-It-Ralph. Rumours have it that she’s a glitch, her character malfunctions and thus, users can’t pick her as their avatar. Bummer! The truth is that she – and if we listen to history – all of us non-males, are actually just glitches. But the revelation and epistemological truth behind this children’s CGI-constructed animation is that being glitchy is exactly what makes Vanellope powerful. Being a glitch isn’t a sign of any wrongdoing, it’s actually a superpower! So just as our cartoon character’s identity and value is vindicated against the prevalent normativity of a society that is in perpetual search for ‘perfection’, Legacy Russell, in Glitch Feminism, proposes a re-evaluation and celebration of the glitch. Russell cleverly embraces this notion of error and twists its meaning back and forth asking us to question: what is this ‘normal’ against which the glitch glitches? Is this normal, which we hold up on a pedestal, a metallic monolith to all things true, pure, wholesome, natural or real the de-facto script we should all be following? All that glitters isn’t gold – they used to say – but perhaps, all that glitches is.

Ras Alhague, untitled image taken from their Instagram (2020) © Courtesy of the artist.

In fact, according to Heidegger (yep, we’re back to philosophers!) things reveal their full ‘thinginess’ in other words, their other side, only when they break. Heidegger shows us how we only truly question the full identity of an object when it no longer functions. He takes the example of a hammer. The hammer is a hammer in virtue of its ability to hammer nails, but when the hammer breaks, Heidegger tells us, we finally see the hammer not just through its ‘equipmentality’, its ability to perform that one task, but as a thing in its own right. It is now a thing way more complex and multifaceted than simply something to hammer nails with. It is the wood of trees, hacked down and shaped into a handle by skilled carpenters. It is the steel derived from iron ore after millenia of pressure then pressed into its shape by the will of humans following centuries of evolutionary progress. In short, Heidegger reveals to us that through the glitch, through this break from normativity, we actually reveal a lot more about the identity of things. Legacy Russell, in Glitch Feminism, invites us to do the same: “Within glitch feminism, glitch is celebrated as a vehicle of refusal, a strategy of nonperformance. This glitch aims to make abstract again that which has been forced into an uncomfortable and ill-defined material: the body”. If we want to use Heidegger’s example of the hammer but make it glitch feminist, here’s how we can twist the argument: women’s gender is female because they possess a uterus through which they form babies, women are female in virtue of the function they perform. But if we look at this notion of women > female > making babies as a glitch, we can see that women, as humans, are way more than just baby making machines, and that women have been trapped within the confines of their essentialism by a prevailing rule of thought devised by the ruling classes under the disguise of ‘nature’ only for capitalistic purposes, rather than as something valuable in its own right. By breaking down this way of seeing, by affirming the glitch and learning how to find and embrace apparent ‘errors’, we can deconstruct toxic patterns of thought and break the hegemony of structures that, up until now, had been heralded as unbreakable. Russell reminds us that to glitch – to shake and infiltrate our systems of beliefs – is not a mistake, but a necessity.

If we embrace our glitchiness, where glitch doesn’t mean broken but rather to break, we reveal the agency and power behind this notion. The word ‘glitch’ has its etymological roots in the Yiddish word ‘glitch’ meaning slippery area, itself probably derived from the German ‘glitschen’ meaning to slip or slide. Glitches thus, by definition, refuse boundaries. Boundaries between gender, class, worlds, realities. That’s why the word glitch has now become ubiquitous in the digital realm. Things that glitch resist the binary of the code. Internet tantrums manifest as force quits, distorted texts, fragmented pixels, system failures. All, against the binary of the code, the tyranny of zeros and ones, the vindication of chaos against the deterministic forces of the status quo. And so then, who best to navigate and truly question the internet’s role and function in our society than those who have always been dubbed ‘problematic’ by the system itself? By understanding feminism and our ever-digital environment through the glitch, we not only imbue with agency those who had previously been stripped of all force but also galvanise a critique of binary systems such as the internet and gender through the lens of radical action. Legacy Russell states: “as bodies, we are an extended narrative, eternal in our geographies, imbued with unexpected fissures that cause us to re-present ourselves, and, in doing so, see ourselves again, in new lights and explorations. However capable we are of tectonic shifts, we remain, still, unmistakably continuous.” The Cartesian divide between body, mind and environment no longer exists, our identity is always already enmeshed in the world that surrounds us, and in the age of information systems, we no longer retain the privilege to keep parts of us sheltered away. We are, whether we like it or not, already part of a machine. The chimeric, monstrous, part-animal part-machine cyborg Donna Haraway told of in A Cyborg Manifesto is actually already with us now: living, breathing, connecting, coding, indexing. Perhaps non-males have always sought the companionship of machines, through them, they have grown, extended, become more powerful and subverted command. Our bodies have been redefined and reshaped, not by the essentialism patriarchy pushed on us, but our ability to multiply, extend, form companionships, rebel against the structures of thought and language that kept us locked within our own supposed functions. 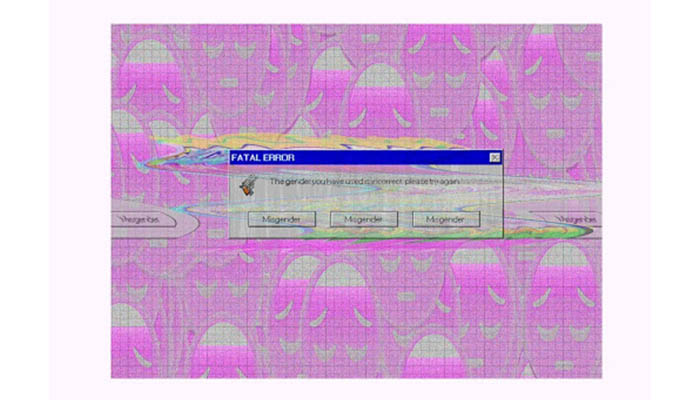 Perhaps, glitches really do have a competitive edge against others, perhaps, to glitch really is a superpower. A superpower that allows us to internalise the discourse that has been used against us and use it to forge and understand the New Media landscapes we will all soon inhabit. A world of shape-shifting, glitching, ever-changing forms. Womxn, we’re ahead of the game for once. Let’s keep glitching and causing havoc. The internet is a bodily extension that is fully ours to shape. 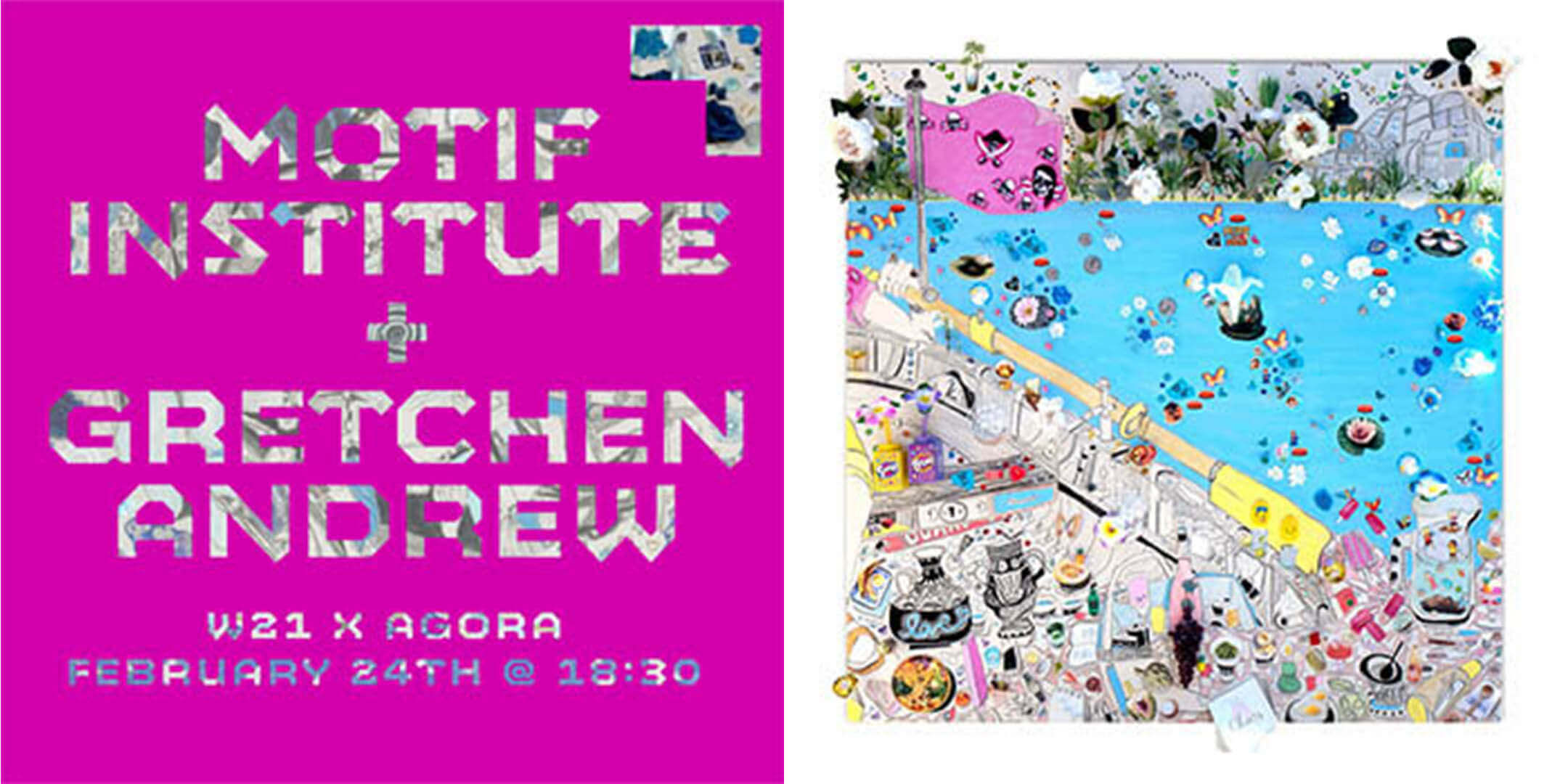