In this section, Agora Digital Art shares the best resources and references about the Digital Arts with a focus on women artists. 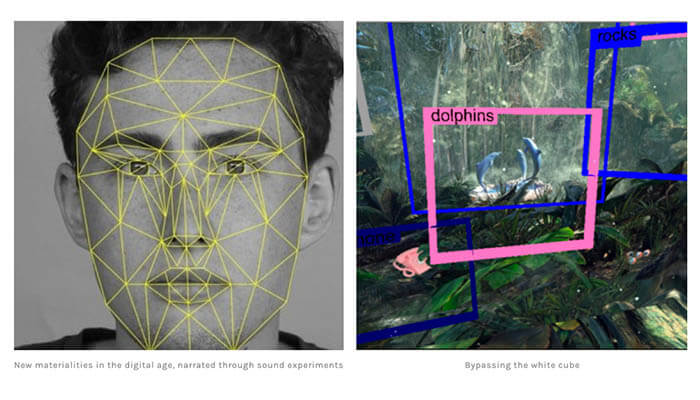 An incredible and engaging Collection of texts, presentations, data visualization and visual resources around digital culture, curatorial studies and post-digital practices. Focused on the Mexican art scene. Thanks to Google Translate, all texts are available in English or any other language.

How can artists use social media to show their works? What strategies can you employ to curate a show on an algorithm-driven digital platform? These are just a few of the questions that the course will address by Curator and media theorist, Filippo Lorenzin in a new online course looking at the history and theory of making and disseminating art projects on and using the Web.

The International Journal for Digital Art History © Courtesy of the DAHJ.

The International Journal for Digital Art History (DAHJ) is a young and successful peer-reviewed journal for digital art history. With over 20,000 pdf downloads per year, it rivals established journals. Its success is based on academic excellence paired with methodological innovation and a global scholarship framework. Enjoy and join our community of art historians, information scientists, and media artists.

The journal seeks to gather current developments in the field of Digital Art History worldwide and to foster discourse on the subject both from Art History and Information Science. The Digital Age has revolutionized economy, society and our private lives. For decades now, digitalization has also touched most branches of the humanities. With the rising importance of the so-called Digital Humanities, Art History is at the brink of new ways of accessing its material and gaining unprecedented insights. 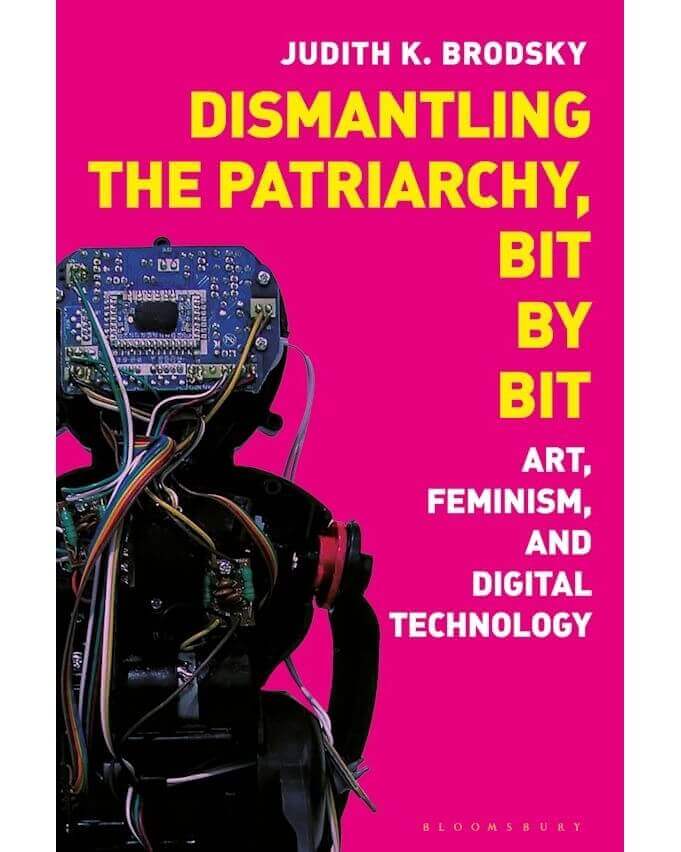 In this book, Judith K. Brodsky (b. 1933) makes a ground-breaking intellectual leap by connecting feminist art theory with the rise of digital art. Technology has commonly been considered the domain of white men but – unrecognized until this book – female artists, including women artists of color, have been innovators in the digital art arena as early as the late 1960s when computers first became available outside of government and university laboratories.

Brodsky, an important figure in the feminist art world, looks at various forms of visual art that are quickly becoming the dominant art of the 21st century, examining the work of artists in such media as video (from pioneers Joan Jonas and Adrian Piper to Hannah Black today), websites and social networking (from Vera Frenkel to Ann Hirsch), virtual and augmented reality art (Jenny Holzer to Hyphen-Lab), and art using artificial intelligence. She also documents the work of female-identifying, queer, transgender, and Black and brown artists including Legacy Russell and Micha Cárdenas, who are not only innovators in digital art but also transforming technology itself under the impact of feminist theory.

In this radical study, Brodsky argues that their work frees technology from its patriarchal context, illustrating the crucial need to transform all areas of our culture including technology to achieve the goals of the #MeToo, Black Lives Matter (BLM), Black and Asian Minority Ethnicities (BAME), and other global movements to empower female-identifying and Black and brown people, and to document their contributions to human history. 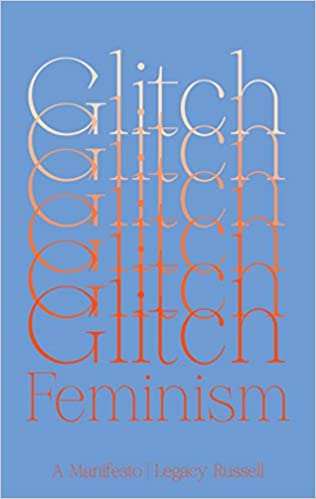 The divide between the digital and the real world no longer exists: we are connected all the time. How do we find out who we are within this digital era? Where do we create a space to explore our identity? How can we come together and create solidarity?

The glitch is often dismissed as an error, a faulty overlaying, but, as Legacy Russell shows, liberation can be found within the fissures between gender, technology and the body that it creates. The glitch offers the opportunity for us to perform and transform ourselves into an infinite variety of identities.

In Glitch Feminism, Russell makes a series of radical demands through memoir, art and critical theory, and the work of contemporary artists who have travelled through the glitch in their work. Timely and provocative, Glitch Feminism shows how the error can be a revolution. 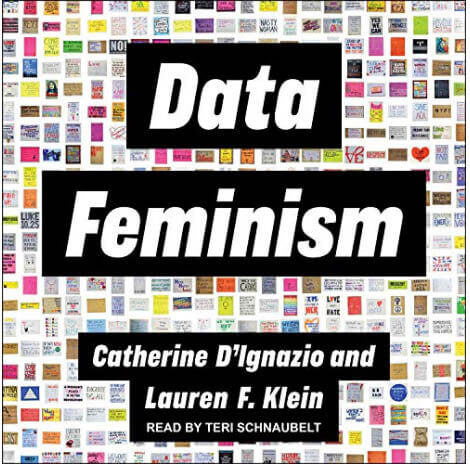 A new way of thinking about data science and data ethics that is informed by the ideas of intersectional feminism. Today, data science is a form of power. It has been used to expose injustice, improve health outcomes, and topple governments. But it has also been used to discriminate, police, and surveil. This potential for good, on the one hand, and harm, on the other, makes it essential to ask: Data science by whom? Data science for whom? Data science with whose interests in mind? The narratives around big data and data science are overwhelmingly white, male, and techno-heroic. In Data Feminism, Catherine D’Ignazio and Lauren Klein present a new way of thinking about data science and data ethics-one that is informed by intersectional feminist thought. Illustrating data feminism in action, D’Ignazio and Klein show how challenges to the male/female binary can help challenge other hierarchical (and empirically wrong) classification systems. They explain how, for example, an understanding of emotion can expand our ideas about effective data visualization, and how the concept of invisible labour can expose the significant human efforts required by our automated systems. And they show why the data never, ever “speak for themselves.” Data Feminism offers strategies for data scientists seeking to learn how feminism can help them work toward justice, and for feminists who want to focus their efforts on the growing field of data science. But Data Feminism is about much more than gender. It is about power, about who has it and who doesn’t, and about how those differentials of power can be challenged and changed. 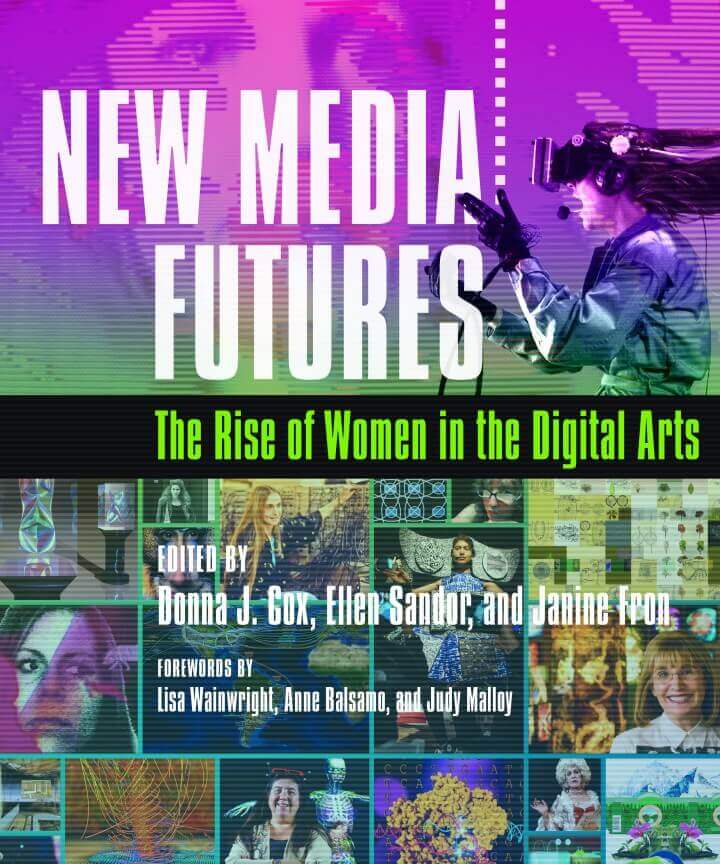 Donna J Cox, New Media Futures: The Rise of Women in the Digital Arts  (2018) © Courtesy of University of Illinois Press.

“Women naturally gather together, develop, nurture and sustain. It is the intrinsic nature of women to be creators and communicators.” This quote, from video artist Barbara Sykes-Dietze, is perhaps the best summary of New Media Futures: The Rise of Women in the Digital Arts.

Edited by Donna J. Cox, Ellen Sandor, and Janine Fron, the book analyzes the so-called “Silicon Prairie.” The term refers to a group of women artists in the Midwest — an often forgotten centre when it comes to mainstream cultural coverage — who were early adopters of digital technologies and foreshadowed what digital art would become in the new millennium. Many of these women were pioneers in virtual reality (VR) technology, which interactive artist Margaret Dolinsky defined as “the first redefinition of perspective since the Renaissance.”

New Media Futures: The Rise of Women in the Digital Arts (2018) is published by University of Illinois Press and is available from Amazon and other online retailers. 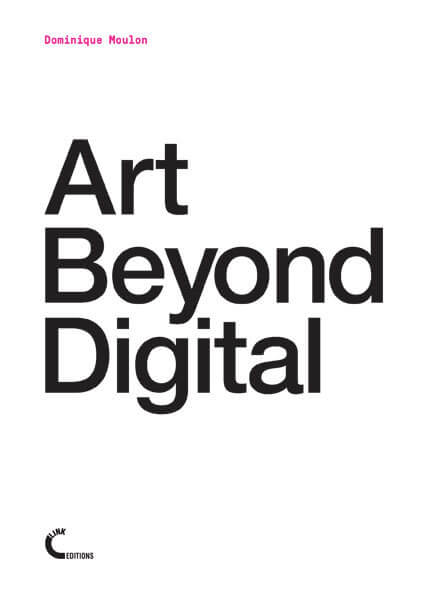 Digital technology has interfered in all the spheres, private, public and professional, of our society and shaped them. Artists have always used the techniques or technologies of their time to express themselves. To each appropriated innovation thus corresponds a range of works. Yet, it takes time for the art world to integrate new practices and new media. Impatient, the most fervent advocates of digital art have structured themselves into international communities by organizing dedicated events. Their practices have now matured and the public is culturally ready to welcome their creations as it already does in festivals. At the same time, we notice the first signs of digital acceptance in art, both in institutions and in the contemporary art market. The purpose of this book is to study the works of current practices without focusing on their shared use of digital technology; to analyse them in the context of their presentation by assembling them so that together they create a dialogue. Objective: to demonstrate that digital technology is a medium of contemporary art, but that it is important to consider specificities. 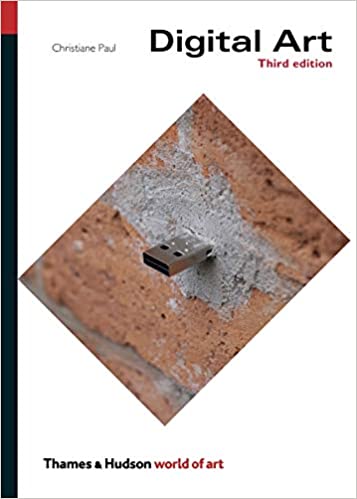 In this section, we cannot miss the anthology of New Media Arts, written by Christiane Paul, Digital Art (2015) third edition.

This third, updated and expanded edition of Christiane Paul’s acclaimed book investigates key areas of digital art practice that have gained in prominence in recent years, including the emergence and impact of location-based media, interactive public installation, augmentative and mixed reality, social networking and file-sharing and tablet technologies. It explores themes raised by digital artworks, such as viewer interaction, artificial life and intelligence, political and social activism, networks and telepresence, and issues surrounding the collection, presentation and preservation of digital art. It also looks at the impact of digital techniques and media on traditional forms of art such as printing, painting, photography and sculpture, as well as exploring the ways in which entirely new forms such as internet and software art, digital installation and virtual reality have emerged as recognized artistic practices. 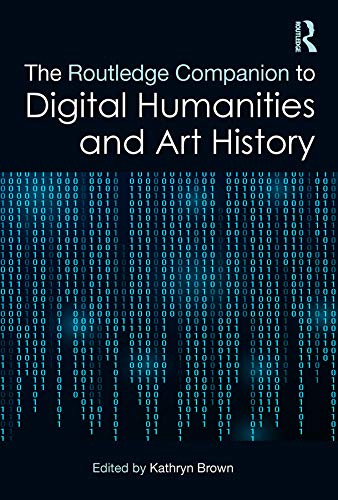 The Routledge Companion to Digital Humanities and Art History © Courtesy of the publisher.

The Routledge Companion to Digital Humanities and Art History offers a broad survey of cutting-edge intersections between digital technologies and the study of art history, museum practices, and cultural heritage.

The volume focuses not only on new computational tools that have been developed for the study of artworks and their histories but also debates the disciplinary opportunities and challenges that have emerged in response to the use of digital resources and methodologies. Chapters cover a wide range of technical and conceptual themes that define the current state of the field and outline strategies for future development. This book offers a timely perspective on trans-disciplinary developments that are reshaping art historical research, conservation, and teaching.